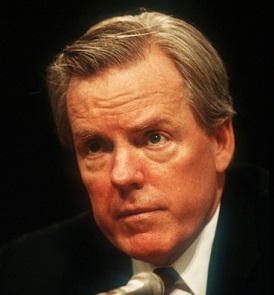 Jim S. Barksdale, which is an entrepreneur, is born on the first month of the year on the 24th day, in Jackson, Mississippi. And worked in IBM as a sales representative after becoming the Chief Operating Officer of Federal Express and later on became the CEO of AT&T Wireless. In October 1994, Clark and Mark Andreessen ask him and offered a seat at their promising Internet Browsing Firm, He then became the CEO and President of NETSCAPE COMMUNICATION CORPORATION ON JANUARY 1995, a company who is one of the first to attempt to capitalize on the development of World Wide Web. Their company’s first product which is the web browser, called Mosaic Netscape 0.9, which was released on 13th day of October in the year 1994, have become the main web browser for Internet browsing at that time. But then, later on in the year 1999 NETSCAPE was bought by AOL, Jim S. Barksdale walk away with a staggering amount of 700 million DOLLARS. But he still continues to affect the Internet with his own investment firm, which is The Barksdale Group, he is funding e-commerce ventures.

Barksdale is a really one of kind entrepreneur, He demonstrated a superior knowledge in technology and innovation that change the ways of companies and consumers in business. While he’s still at its years in NETSCAPE he motivated his staff in performing excellent work, while he weirdly declined all of his salary for his two years of service just because he feels that his management at the company is still at its worst performance. Therefore, he continued his excellent work at NETSCAPE. Their first release product, Mosaic Netscape 0.9, that took over the market for its amazingly superb features compared to its nemesis. That browser had been renamed to Netscape Navigator afterwards. He made a large step in innovating web browsers , He even advertise Netscape with a caption of “The web is for everyone” and put his goals to level up the playing field among the Operating systems, he claimed to provide a consistent and smooth browsing in the internet for all its consumers. At this time the so-called “Browser wars” had begun, while Netscape’s Navigator had taken roughly Three-quarters of the market its nemesis made a move using its competitive browser, which is known to many as the INTERNET EXPLORER, Internet Explorer made a huge debut at almost the same time of Netscape Navigator, by launching Microsoft Windows 95 which has a pre-installed Internet Explorer Browser, from here on Netscape Navigator had feel the pinch from its competitor.

Barksdale develop a plan to surpass its competitor by selling its product instead of giving it away, a move that I think will backfire at him. Selling it would make the consumers to choose its nemesis that offers browser that are provided for free in their operating system. Microsoft gain its foothold because of Barksdale plan, He then change his focus to enterprise markets, He begun selling Netscape’s server applications, mail and intranet to other corporations, thus making him a vigilance. But still Netscape didn’t reach the demand of consumers which is offered by his now much larger competitor/s.

At that crucial time at NETSCAPE, 12% of their employees lost their job due to the fact that they have failed to meet their expectations at their fourth quarter.

Netscape continues to struggle while Microsoft had appropriated almost half of Netscape’s Browser Market share. In an attempt to turn the tables, Barksdale’s complaint to the United States Department of Justice have responded in favor of him, regarding about the production of Microsoft Windows 95 bundled with Internet Explorer Browser. Thus, advising Microsoft company to comply in anti-compete laws and ordering them to unbundled Windows 95 to Internet Explorer, yet their decision had upended which is not Barksdale’s had hoped for.

Barksdale performance made him declined his own salary in the year 1997 and 1998, but not until the mid-year of 1998 where the company finds back its position again in the industry. He was able to keep he’s firm standing due to his exceptional profitable e-commerce software combined with he’s web-portal markets. Until then it became one of the foremost full service web sites.

Just roughly about FIVE months, Netscape Communication Corporation agreed to be acquired by AMERICA ONLINE , which is a smart move to take by Barksdale so he could venture he’s own e-commerce company, Netscape Communication Corp., Had been purchase for an amount of $4.2Billion and Barksdale moved down with an amount of $700Million which can be his capital to build his very own company, “The Barksdale Group “that funds e-commerce businesses.

One of Barksdale goal is improving people’s lives rather than improving companies, but to do that he needs funds so he ventured his own firm, using the money he got from stepping down at Netscape, which is “The Barksdale Group”, with partners Peter Currie and J. Quincy Smith, both a former colleague from Netscape. Their strategy is to invest in four or five companies, internet companies, every year. “The Internet is huge, transforming economic event,” says Barksdale. And that is because they are interested in companies that have a huge goal that participate in a very big way.

Being the head now of his very own investment firm, he continues to fund e-commerce ventures and proving that he, in his own ways, will affect the future of Internet commerce. In the year 2000, month of February Barksdale generously donated $100million to fund learning programs in his birth place. And just about recently, He was named co-chairman of the IPI (Internet Policy Institute), a unique organization that teaches elected officials all about Internet technologies. And in January 2002, suddenly, The Barksdale Group went out of business because it was unable to raise new funds.